SKINNY LISTER are back! Their fifth studio album ‘A Matter Of Life & Love’ is out 22nd October 2021 on Xtra Mile Recordings and ushers in an exciting new chapter in the band’s long and established career.

Written over the past 18 months, Skinny Lister’s new album ‘A Matter Of Life & Love’ is in essence a collection of true stories and feelings that have really ‘mattered’ to them.

While the album contains all the typically enlivening tales from the road that have made Skinny Lister the stuff of festival legend, from disturbing touring tales of being pulled over by Bavarian police (‘Bavaria Area’) to full throttle airport drinking songs (‘Breakfast At Heathrow’); dig deeper and you’ll find a record that might well be their most personal and profound yet.

Centrepiece and title-track, ‘A Matter Of Life & Love’, stands at the very heart of the album. Crystallising the record’s core themes with a Madness-esque playfulness, it’s a poppy and poignant reminder to recognise the moments in life that really matter, however trivial or throwaway they may seem at the time. “It’s a sentiment likely borne out of those months of enforced limited social contact endured over the past few months” reflects Dan. And one not likely to be taken for granted by anyone, or any band for that matter, any time soon.

The Skinnies’ admirable ‘in this together’ ethos is echoed through stirring anthems such as ‘Shout It Out’ and ‘Shoulder To Shoulder’, which offer rousing singalongs primed and ready for a new age of live music. Skinny Lister’s adept ability for a heartstring plucking ballad also remains evident in tracks such as ‘Embers’, an elegant folky composition led by Lorna and destined to make Skinny fans everywhere crumble. Elsewhere, the celtic-tinged, string-adorned gem ‘Bonny’s Eyes’ offers a touching tribute to the wonder of being a new parent.

And harking a return to the original rootsy Skinny Lister sound, ‘Damn The Amsterdam’ is a straight-up sea shanty which echoes the style and stomp of ‘John Kanaka’ from their first album ‘Forge & Flagon’. Written about a famous Hastings shipwreck, it features salty guest harmonies courtesy of folk pin-ups: The Longest Johns.

Bringing together all their influences and styles, from ska to rock and from folk-punk to traditional shanty, throughout its 12 tracks ‘A Matter Of Life & Love’ is in many ways the distillation of everything that has seen the world fall for Skinny Lister’s charms. And yet, as the first record to be entirely written, produced, recorded and mixed by Skinny Lister themselves, it finds a band with a bolstered sense of confidence and a gleeful skip in their stride. Proving a unique opportunity for the band to create, experiment, and hone music of their own volition, it’s a process that finds a band in liberated form and realising the full Skinny Lister vision as they have always intended it.

Opening-up about recording the new record and what to expect, Dan Heptinstall says:

“It’s great to have made it to album number 5, and we can’t wait to see what further adventures lay in store for us as we get it out there on the road and into the world!… This has been a very liberating experience, not only allowing us to employ all that we’ve learnt from the top producers of our previous four albums, but also truly realise our own vision of the tracks. We’re very proud of the results.”

An album about camaraderie and companionship through thick and thin, to cherishing the simple things freedom brings; ‘A Matter Of Life & Love’ finds a band brimming with a zest for life, love, music and good-times.

The album is the latest instalment of the band’s career which has seen them passing the growing flagon of their experiences with every album and tour. They’ve led an endless parade gathering fans old and new, from the respected folk circuit to the riotous Download Festival, igniting pogoing mosh-pits at each. Over the past ten years they’ve travelled from rain-soaked London to the vast arteries of the USA, upgrading from narrow boat to Salty Dog Cruise, played huge tours across Europe and North America with Frank Turner, Dropkick Murphys and Flogging Molly as well as headlining themselves across festivals, sweatboxes and ever-larger venues.

And so the torrent of touring continues for Skinny Lister in 2021 and into 2022, leading cross-continental parties of willing devotees. 2021 ends on a high with a rapidly selling out UK tour culminating at a Christmas knees-up at London’s Garage. 2022 sees a support tour with Less Than Jake in March and April; a short run of shows in Germany in June and a summer of festivals both in UK and Europe. 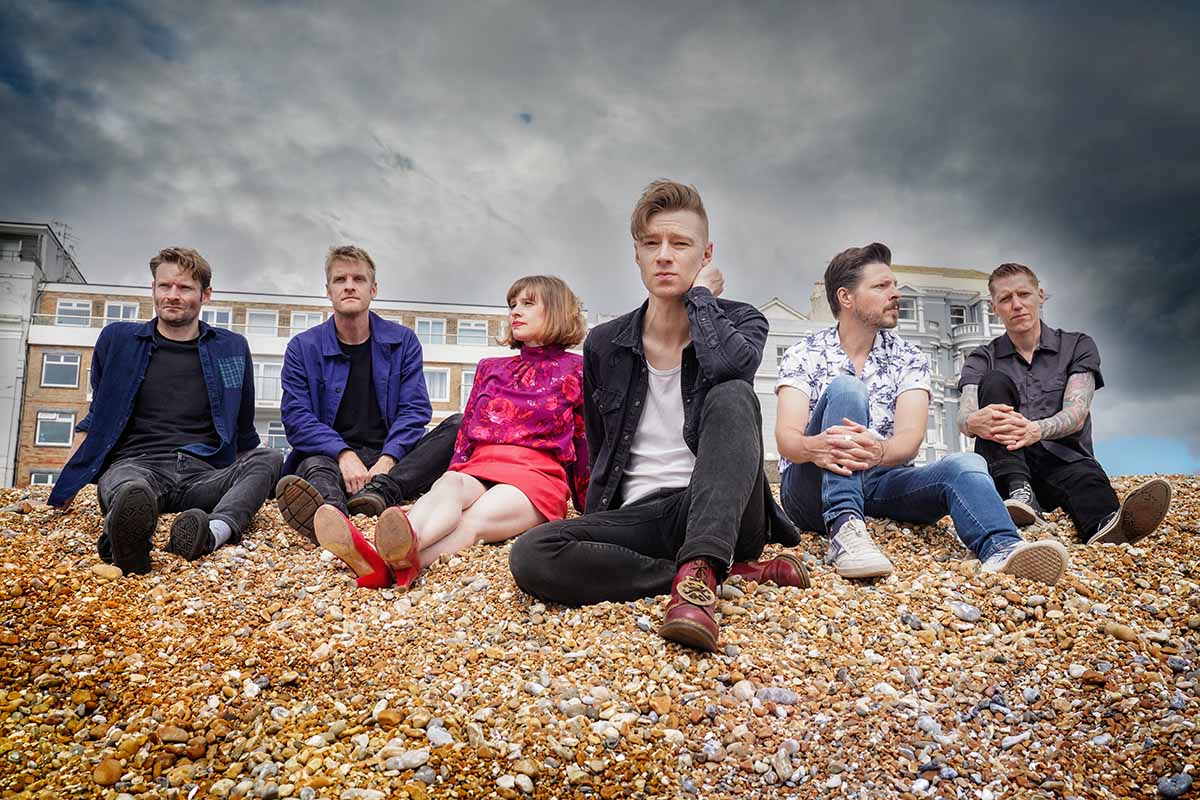